A Penny For Your Thoughts: Why Crowdfunding Is Taking Off 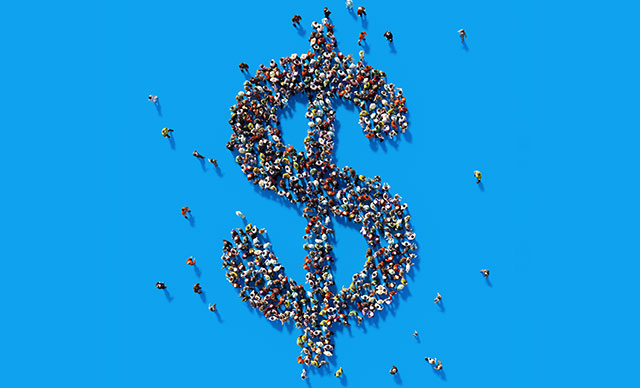 Humans have realized the value of lending a helping hand since our ancestors scratched each other’s hairy backs. With the development of corporations, charities, and stock exchanges, this assistance has gotten more sophisticated, yet it still relies on the same basic ideas.

We at Microtask just completed successful funding round, which got us thinking about how the process of raising money is evolving.

For a startup like us, raising money generally begins with the three Fs (family, friends, and fools), followed by angel investors, public funding, venture capitalists, and, if things go well, a stock exchange listing (although in recent years, a trade sale to a larger firm is much more likely). Today, startups – like every other business seeking cash – can also seek assistance from the crowd.

At its most basic, crowdsourced funding, also known as crowdfunding, involves obtaining money from a network of individuals. The possibilities are endless. Crowdfunding may assist with everything from paying for a new heart to purchasing a real-life fantasy football team, investing in fashion, and achieving a life goal. The newness is in the method rather than the ideas, which have been implemented by charities and cooperatives for years. The internet, micropayment technology, and social media have made it much easier and successful.

It is also not just about gathering funds. It is also a wonderful approach to promote an idea and receive input on it. This might help attract other investors (and later consumers) if the crowd, in its collective wisdom, endorses a concept. It’s no surprise, therefore, that over the last several years a number of fascinating firms have emerged to help people raise money for a variety of causes using crowdfunding.

At the other end of the spectrum are firms like Crowdcube and Laraghfinance, which assist entrepreneurs in raising money by providing real equity shares to the general public (both appear to have overcome regulatory obstacles). Because of a current scarcity of available venture capital, both of these businesses are drawing a lot of attention. Increasing numbers of firms, such as Trampoline Systems, have also established their own methods to solicit money directly from the crowd.

The longstanding music industry, which is suffering from declining CD sales, has also looked to the crowd for assistance. The effort is being led by Sellaband, which assists bands in raising money from private investors to cover recording expenses. They purchase a proportion of the profits from the album. Artistshare, on the other hand, has existed since 2003 and has long been assisting musicians in financing albums by providing extra material, certified accreditation, and even a role in the creative process (in 2004, Maria Schneider won a Grammy thanks to their assistance). AKA Music is doing similarly exciting things.

If you like movies, CinemaShares has a package that includes a piece of a major Hollywood blockbuster. It helps raise money for movies by allowing tiny investors to purchase shares. Indiegogo is also a good way to invest in independent films if you’re more of an art-house type. Vloggers may also use websites like Have Money Will Vlog to connect with other Vloggers. Some are going straight to the crowd, such as those behind The Cosmonaut, which offers accreditation as a producer in return for modest donations (at last count, there were 2,242 credited producers).

Give a little bit

Charities are perhaps the most visible beneficiaries of crowdfunding platforms. We’ve all been asked to give money to a charity in order to support an old friend’s crazy idea. With organizations like Just Giving and First Giving, donating to these causes is almost annoyingly simple (now there are no excuses not to give). In a similar manner, Pledge Bank allows individuals to make pledges and challenge others to do the same. Some sites, such as Give.com, make it easy for you to give money over a longer period of time by relying on clever micropayment technology.

Finally, there are the more general crowdfunding platforms, such as Kapipal, ChipIn, Fundable, Kick Starter, and Rocket Hub. Each has successfully aided hundreds if not thousands of people and organizations in achieving their objectives.

These instances don’t imply that crowdfunding is appropriate for every scenario or without problems. What is certain, though, is that a growing number of people and organizations are recognizing the benefits of seeking help from the crowd.

In today’s economy, where belt-tightening is the norm, crowdfunding may be exactly what inventors, charities, creative folks, and the entire economy require. By publicizing and fundraising, such projects are certain to be few in number. However, not all such endeavours will succeed.