After The Quake: Crowdsourcing Japan 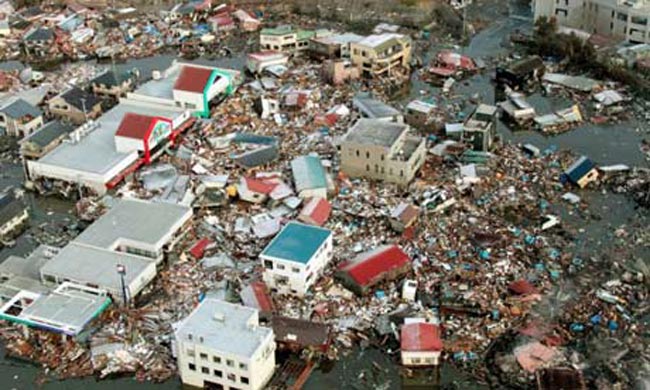 A devastating earthquake, a tsunami, and the possibility of a nuclear catastrophe. The situation in Japan is like a disaster film. Only the “special effects” are genuine, and Bruce Willis won’t appear out of nowhere to save the day.

Volcanic eruptions, floods, droughts, and hurricanes can now (more or less) be predicted by scientists. Earthquakes, despite all the study and planning of seismologists (who probably get overlooked at parties), are still catastrophically unpredictable.

Even if technology is unable to prevent an earthquake, it can certainly assist with the clean-up process. For the previous fifty years, Japan has held the lead in electronics and computer technology. Users of that technology are now coming together and giving something back.

Crowdsourced crisis mapping is now quite common in earthquake response, thanks to the innovative efforts of Ushahidi in Haiti. Students in the United States launched a Japan crowd map less than two hours after the quake, demonstrating amazing speed. During the first chaotic days following the quake, over 3000 individuals added geo-located information to the map. This helped rescue workers to better assess trapped persons, hazardous areas, and distribution issues.

By March 15th, the world’s attention had moved from Sendai to the Fukushima nuclear plant. An explosion caused by a Japanese nuclear plant, accompanied by the headline “Nuclear Disaster,” triggered widespread anxiety about radiation (though the Americans appeared to be more scared than the Japanese).

Amidst all the talk and speculation, RDTN.org, a recently launched website, sought to collect some hard facts by crowd-sourcing information. RDTN maps radiation readings contributed by the public, according to the app’s slogan. Ideal for individuals who carry a Geiger counter with them at all times. The website is eager to point out that the initiative:

“is not meant as a replacement for government or official nuclear agencies,” but hopes to “provide additional context to the official word in these rapidly changing events.”

It’s a good cause, but it is a worry that one fraudulent (accidental or planned), high-radiation reading may trigger an immeasurable panic.

Imagine a ten-meter wall of water is hurtling toward you out of the sea. Do you take out your iPhone and start recording right away, or do you put down everything and go? Many individuals, on the other hand, chose the second choice. The Japanese tsunami was filmed up close and from all angles. While the footage may be graphic and distressing, experts claim that it will provide crucial new information. Dr Costas Synolakis, a research scientist with the insurance provider Ace, believes that videos of the Japanese wave’s strength, speed, and route might be used to forecast future tsunamis.

Land of the rising funds

It may be useful for future generations to know how to predict tsunamis. This, however, must appear to the Japanese as a very, very small silver lining. According to the UN, over 500,000 people are now homeless or displaced (that’s equivalent to the entire population of Helsinki). While governments around the world pledge their assistance, crowd financiers have also stepped up.

Crowdrise is a non-profit website dedicated to hosting individual fundraising initiatives (such as a charity version of Kickstarter). Organizations register, describe their cause and set a goal for crowd-sourced donations. Over 60 initiatives are listed in the HopeforJapan section of the site. The way Crowdrise organizes each campaign into an equal standing is genuinely democratic. Then there are listings for sponsored fun runs and lemonade stands, as well as the American Red Cross. Over $200,000 has been donated by crowd efforts thus far.

As the Japanese proverb (and this could be a motto for crowdsourcing in general) goes: “Virtue is not knowing but doing”.