Could Crowd-Driven Think Tanks Be Weapons Of Mass Instruction? 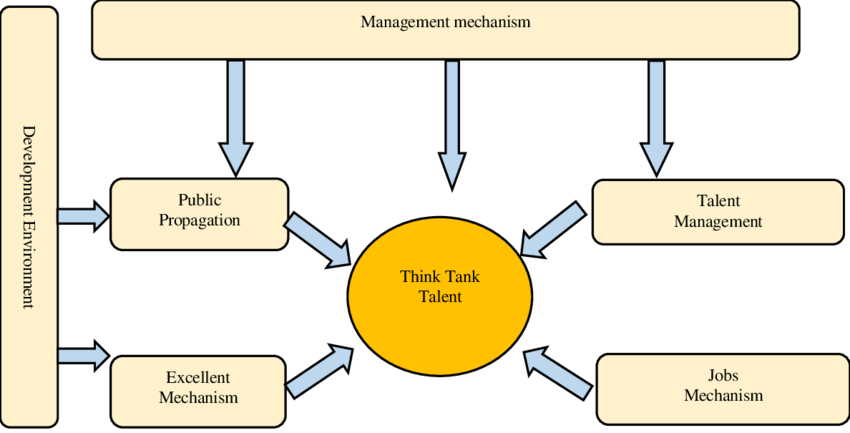 What comes to mind when you hear the term “think tank”? Is it possible for a group of passionate advocates to conduct an effective and successful campaign without the involvement of Google, Facebook, or social media in general? What if we let a group of overly educated experts with no experience in the real world tell us what we should do? Is it possible that we could be controlled by a telepathically-operated military machine?

Think tanks, or policy research units, may be found everywhere, cluttering around democracy like barnacles on a ship’s hull. The traditional think tank approach, which involves a group of experts attempting to tackle economic, social, or military issues, appears promising on paper but is prone to abuse. In fact, even environmental groups have cashed in on the sense that science is a liberal plot. Take The Foundation for Research & Education on Climate Change, for example, which was established by an investment group to advance its own fossil fuel interests.

However, thanks to certain new efforts, the conventional think tank structure may soon be turned upside down. The new UK think tank newthinktank (the most creative name ever) wants to smash down the ivory tower by allowing the public to participate in its study. The goal of newThinktank is to establish an online gathering place for government workers and users where they may discuss their experiences, organize research, and develop policy suggestions. The project is still in its early phases, but it might be an intriguing test of whether people-powered policymaking is feasible.

Shooting for the moon

Google has also unveiled its Solve For X project, which aims to use creativity, conversation, emergent technology, and Neal Stephenson’s inspirational beard to tackle some of the world’s most long-standing issues. At the Augmented World Expo, Google announced the winning projects in its second edition of the competition – a $25 million fund for what it calls “ambitious ideas that live in the grey area between audacious projects and pure science fiction.” The company has also announced six new awards: one each for Austria, Canada, France, India, Israel.

The ideas are posted to the community for analysis, debate, and improvement. The Solve for X site is now overflowing with optimistic, exciting, and unrealistic suggestions from Teller and his panel of experts, but the crowd-based discussion and development element appears to be underutilized. The project, like Newthinktank, is still in its early stages, and it would be unfair to pass judgment on it too soon.

Why can’t we all just get along?

While Google executives Sergey Brin and Eric Schmidt work on the future advantages of stretchable electronics, the company is also working on another project that may serve as a useful model for crowdsourced policymaking and genuine problem-solving. Google Ideas is a research-oriented think tank within Google. Despite its rather unusual online bashfulness (the initiative doesn’t even have a website), the organization’s first project, Against Violent Extremism, has been quite successful. Google has organized a ‘marketplace’ where users may post or search for anti-extremist resources, and it recently flew 80 former neo-Nazis, Jihadists, gang members, and terrorists to a summit in Dublin where they met with survivors of terrorist attacks, kidnappings, and other kinds of violence as well as politicians, academics.

This unique crowd is able to look at the problem of violence from many perspectives and judging by the number of projects vying for space on the site’s marketplace, their debates are very productive, generating policy proposals as well as new crowdsourced initiatives. There is no single leader, and as one of the first truly crowd-run initiatives, it serves as an excellent illustration of how crowds can not only complete jobs but also determine and arrange them.

We’ve previously covered the hype surrounding the crowd-based revolution, but this form of crowdsourced legislation making might give us a glimpse into some intriguing new political possibilities. Google’s concept of bringing such diverse viewpoints together in order to achieve a common goal is at the heart of the crowdsourcing movement. I hope that this approach may be expanded to similar operations in other countries.