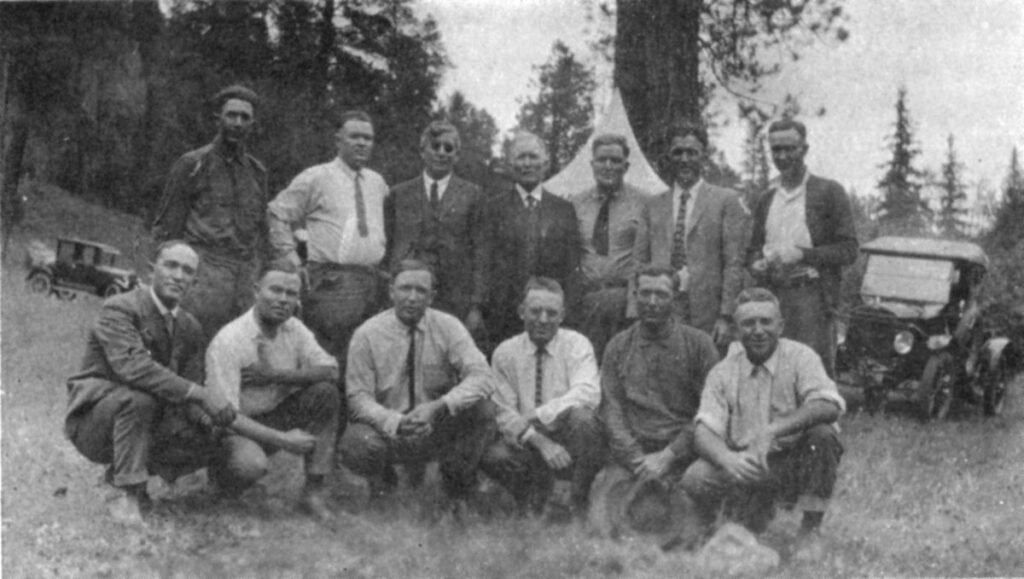 The term “crowdsourcing” has been in use since at least 2004, according to Google Ngram. Like many others, I first heard the term in Jeff Howe’s 2006 essay The Rise of Crowdsourcing. I was taken by Jeff’s concepts, but as I read the article, I began to wonder “this concept sounds awfully similar to something I’ve heard before.

Then I discovered why. Talkoot is simply a new name for an ancient Finnish concept: Talkoot, which means “informal consultation.”

The Finnish art of thousand-year-old woodworking is one example of Wayookoot or group voluntary work. The technique is as old as log construction itself. People would call on their (often very distant) friends and neighbours to assist with construction since houses had to be finished before the winter (and because it’s difficult to hoist a ridge-pole alone). Talkoot is without charge by definition. Food, shelter, and, of course, the pleasure of doing a kind act are usually reimbursed.

Talkoot through the ages

Here are some more recent examples of Talkoot in use:

The Finnish Cultural Foundation is a non-profit organization that was formed in the 1930s to promote the arts and science. The Foundation’s founders, like most idealistic young people, had strong beliefs but little money. They turned to Talkoot in order to address this problem. Thousands of homes in Finland were visited by Foundation volunteers between 1937 and 1939, asking for modest donations. In 2017, over 10 million Markka (about €1.7 million) was raised via this early “crowdfunding” effort, which was mostly funded by small individual contributions. The Cultural Foundation is Finland’s biggest private financier of the arts and sciences today.

After many years of living abroad, I returned to Finland in the 1980s. As a scientist, I was shocked at the paucity of public backing and funding for research. I wanted to do something, but I was just a regular citizen – not a government minister or filthy rich. Then I recalled the tale of Talkoot and the Cultural Foundation. I appealed to Finnish scientists for assistance in building the country’s first science centre, and they agreed. Tapio Markkanen and Heikki Oja collaborated with me on the project. Hundreds of academics, instructors, and instructors responded. The Heureka Center was founded in the spring of 1989. It was a huge success, and Heureka is now one of the world’s most renowned science museums. Talkoot has a way of capturing attention.

The future of tradition

Technology is commonly accused of being the destroyer of old customs. However, I believe that the internet is an excellent environment for the Talkoot-spirit. A recent example is Bird Atlas, a crowdsourced online project aimed at mapping Finland’s breeding bird population. Finland is a big nation, with an area of 337,000 square kilometres. It would be impossible for a single research team (however committed) to finish the map. Instead, in the most effective talkoot/crowdsourcing approach, project organizers appealed to the country’s bird-watchers for assistance. Amateurs ornithologists were eager to contribute data and insights from all over the country. The most up-to-date, most complete version of Bird Atlas has now been published as a result of theirs.

Microtask has its own Digitalkoot initiative as well. This project, in which internet volunteers are digitizing Finland’s national archive, is a fantastic illustration of the potential of combining cutting-edge technology with Talkoot craftsmanship. The enormous capacity of the internet means Digitalkoot might assist preserve thousands of archives and libraries worldwide – a global Talkoot!

For 1300 years, the idea of joint voluntary work has aided to construct and strengthen Finnish society. Microtask is just one of several new businesses that are reviving this excellent practice for the internet age. I’m grateful to them for making me believe that the talkoot-spirit will continue to benefit humanity for many years to come.