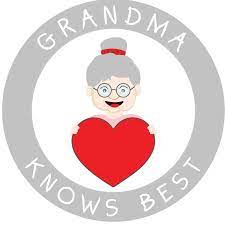 In a devastating blow to national pride, Finland plummeted from first to third place in a worldwide poll on child literacy last year.

Finnish students finished last in a comparison of Shanghai and South Korean children.

Many people point a finger at excessive technology for the education crisis. Today’s Finnish children are internet junkies – plugged in, switched on, and zoning out.

However, not everyone feels that children and computers should be kept separate. Professor Sugata Mitra, an educational expert, has spent the last decade researching how computers might help educate some of the world’s poorest children.

In a (very entertaining) TED talk, Professor Mitra describes his research on “self-learning.” His first idea was to install “hole in the wall” computers in rural India’s villages. Machines were put on the streets and raised about a meter off the ground. Kids spent hours learning how to operate the computers, usually mastering English in the process.

Word on the street

The professor then came up with another plan: the Grandmother Effect. Grandmas are believed to be effective at encouraging youngsters because they have a lot of patience. They shower them with praise and tell them things like, “Now that’s smart of you! I wouldn’t have been able to figure out the molecular structure of DNA on my own!” Grandmas in India achieved remarkable results while babysitting village children: test scores increased by almost half in two months (maybe Finnish schools should look into hiring Korean grandmas.

So where should you go from there? The “Granny Cloud,” of course. Professor Mitra engaged over 200 UK grandmothers as volunteers while working at Newcastle University. Each “grandmother” spends at least an hour each week on the webcam, encouraging groups of Indian school kids. Some of the schools are so far away that the Granny Cloud is the children’s sole source of education.

It’s a lovely narrative, but it has a serious message as well. Europe is a rapidly aging continent: millions of people in their 60s, 70s, and 80s with time and expertise to burn. This demographic, as we previously stated, has enormous potential for crowdsource exploration. Hopefully, initiatives like Prof.’s will encourage individuals to share information more freely. The Mitras will be trendsetters, demonstrating the potential of distributed work to the older generation (also, isn’t there a grandfather cloud? For example, a single spanner may be used by old men to teach youngsters how to chop wood and repair car engines.

A few English grandmothers, on the other hand, will most likely not be able to solve the global education problem. A massive outlay of money is required, as well as stable governments, schools, and of course food and clean water. There are also large, ambitious technology projects, such as the one-child-per-laptop policy. Even so, the Granny Cloud demonstrates that with a broadband connection and a passionate group of people, you can make an immediate impact on children’s lives all over the world.