Some Work Is Born Digital: From Gold Farmers To Game Masters 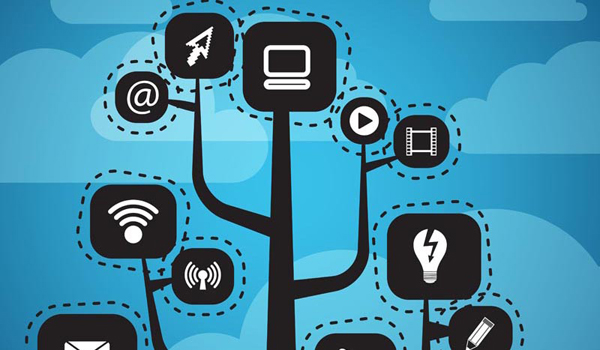 Much has been said about the impact of information technology on work, but very little of it has proved to be wrong. The introduction of personal computers and local area networks to offices throughout the developed world in the late 1970s started a revolution in procedures that have since resulted in measurable increases in productivity. The rapid adoption of the Internet since the 1990s has had a significant impact on the way work is organized and done. The influence of this period has continued into the present day, with a trend to crowdsourcing, or digitizing traditional activities such as design and development and then distributing them across a worldwide labour pool via the Internet.

One area of the digitization of work has received less attention than it perhaps deserves. This development was brought about by the birth of “Born digital.” “Born digital” is a phrase that was originally used to describe items such as novels and music that are made exclusively in digital format, rather than being digitized copies of physical objects. It’s been used to describe the generations of people who have grown up in a world where digital technology is commonplace. Both have become so common that they are no longer worth mentioning. What’s less recognized, however, is that this new era has also brought about an exploding number of employment activities that are purely digital in nature: We’re in the midst of a game-changing shift in how work is done. Businesses are now challenged to reinvent the way they conduct business in ways that match needs and desires, as well as new skill sets and competencies that emerge from these trends.

Digital agriculture and other shady bits

Gold farming is perhaps the most extreme example of work that is entirely done in a digital environment: gathering valuable assets within a massively multiplayer online game and selling them for real money. Powerleveling, like save-scumming, is a popular term for exploiting another player’s character to increase the number of experience points. Boosting is another term for assisting. Boosting refers to having one’s own avatar serve as a sort of bodyguard for another player’s character. Around 400,000 people were employed in these tasks at one point globally, according to Richard Heeks. Everything about this job is made digital: it’s done entirely through digital means, its results are digital, and its demand is fueled by individuals’ interest in virtual environments and the goals and objectives they provide. In sci-fi writer Cory Doctorow’s new book, gold farmers join trade unions and influence digital politics.

Despite the fact that gold farming and its related industries are largely a grey market business, it is frequently (though not always) done in violation of the game’s operator. Defeating spam and resource overuse (CAPTCHAs) and connecting/liking/following people and firms in order to boost their ranks in rankings and search engine results are two additional grey market born-digital activities. Customers may even pay for access to the latter sort of work on Amazon Mechanical Turk, one of the first crowdsourcing sites. The existence of such work demonstrates that it may be genuinely useful to a number of organizations in the digital economy. However, they are deemed grey-market because they may simultaneously damage the value for other network actors.

What about creative work that is unambiguously beneficial to society? It can be done in a variety of ways, including assisting people in organizing the ever-increasing mountains of data into more accessible forms, as well as providing assistance and advice to millions who are entering the new digital environments where we increasingly work and socialize. The most significant expenditure category in running World of Warcraft, an online game with 11 million subscribers, is customer support. There is now a whole new worldwide profession known as Game Masters that specializes in assisting individuals with stuck characters, lost objects, and abusive co-players in virtual game worlds. It’s a job that was created entirely in the digital world!

The amount of time spent with digital media, according to studies on time use, has continued to expand in nations where it is already excessive. As we consider the potential future consequences of more ICT adoption in the workplace and society at large, it makes sense to consider not just how existing procedures will be affected as a result of our engagement with digital environments, but also what new phenomena will emerge. Virtual consumption, or the habit of working and consuming in a digital world, is one such development that has exploded in popularity.

Vili is a regular guest writer for our site. He is an economic sociologist at the University of Tokyo who has been studying virtual goods, currencies, and economies since 2004 in collaboration with prominent online game manufacturers.